1) Pointing - There are three hunt test levels--Junior, Senior and Master--plus Advanced levels for dogs who have acquired a level but may want to compete further at the same level. Hunting tests are non-competitive pass/fail tests that assess each dog independently based on attributes such as display of desire, boldness, independence, speed with a useful pattern of running across difficult or confusing scent patterns to pinpoint the location of birds. J Other categories judges will score are: bird finding ability, pointing, trainability and, in Senior and Master tests – Retrieving and Honoring. The teamwork between dog and handler is essential.

2) Retrieving - Ever since the first AKC retriever hunting tests were held in 1985, the focus has been on how well your dog retrieves birds under all types of conditions. You don’t compete against other handlers and dogs; each dog is assessed based on his own merit (as opposed to competing in a Field Trial where a winner is chosen). There are three hunt test levels – Junior, Senior, Master, and titles can be earned at each level. Judges score dogs on their natural ability to mark and remember a fall, on their hunting style, perseverance or courage. They are also scored on learned abilities such as steadiness, control, response and delivery.

3) Flushing - When on the hunt for upland game of a feathered variety, a Spaniel breed is a good choice to accompany you. These friendly dogs come in a variety of sizes and were originally bred to flush out birds and waterfowl. 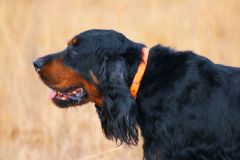 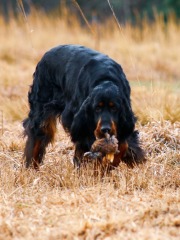